The off-gas of the oxygen converter contains considerable chemical energy which is being increasingly utilized with off-gas collection. From the economic point of view, it would be advantageous in the converter process to return at least a part of this energy to the process. With full combustion of CO to CO2 and the utilization of this heat in the converter, sufficient energy would be available to increase the scrap rate to about 55 % of the total charge. But it is known that complete combustion of CO to CO2 cannot be reached in contact with liquid iron because of the required high oxygen potential, which then would significanty oxidize iron.
The energy obtainable by post combustion can thus only be utilized if the post combustion takes place in the gas space and the enormous amount of heat released thereby will be transferred from the gas phase back into the bath. If a larger portion of the post combustion energy remained in the off-gas, the off gas temperature would increase so drastically that the refractory lining of the converter would be destroyed.

The waste gases in a conventional BOF contain 80-90 % CO with the balance CO2 as a result of the primary decarburization reaction which is the basis of the BOF process. This large volume of CO is a substantial potential source of energy if a suitable method can be developed to combust this CO to CO% within the BOF vessel and transfer the heat liberated in the combustion reaction back into the metal bath.

The lance height is the distance between the lance tip and the liquid surface before blowing.An increase of lance
height leads to a higher post combustion ratio.

It was observed by Gou H., Irons G.A. et al. that the oxygen lance height had a very significant influence on PCR and HTE. When the lance was raised from 4 to 5 m, the PCR increased from 16 to 23 %. In their trials, bath temperatures were not measured; the bath temperatures quoted in Table  were measured in earlier trials in the same vessel. The blowing time in each heat lasted approximately 19 minutes; stable operation was achieved from the 5 to 15 minute marks. Three operational conditions were examined:

In most studies, similar increases in PCR and decreases in HTE with increasing lance height have been noted. The conventional interpretation of this phenomenon is that more CO is entrained into the oxygen jet to increase PCR. For a given blowing rate, if the DCR (Decarburization Rate) increases, more primary oxygen is used to generate carbon monoxide; consequently, less primary oxygen is available to post combust the carbon monoxide to carbon dioxide. 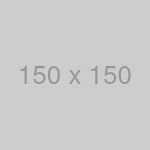